Is this thing on?

Splendid! So yeah, it’s been a while. Where do I even begin?

Well, let’s talk about new releases. Because I’ve actually had a few of those in the past few months. 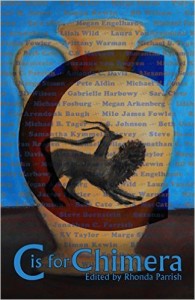 First up, there’s “E is for Eidolon” in the C is for Chimera anthology, edited by Rhonda Parrish. I wrote my story last summer as part of a creative writing class taught by Delia Sherman at Hollins University. It’s about a living shadow that thinks it’s a girl…and it’s about what happens when the shadow stops silently observing the people, and tries to get involved in the life of a lonely teenager. It’s definitely one of my favorite stories, and I love it. 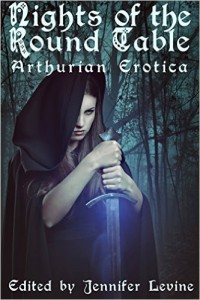 But say you’re in the mood for one of my spicier offerings. That’s fine, I got you covered there, too. “The Shape of Camelot Today” appears in Nights of the Round Table: Arthurian Erotica, edited by Jennifer Levine. In this story, a modern incarnation of the Lady of the Lake is faced with the task of delivering a certain sword in the stone to the Arthurian figure of her choice. Only her heroine would rather find a woman for the job… Not only can you buy the anthology, you can hear me read from an excerpt of the story in Nobilis Reed’s podcast, which was recorded live at the annual Circlet Press editorial retreat a few weeks ago.

Maybe you’re here for an update on my anthologies-in-progress. Well, unfortunately I have no immediate news on either Schoolbooks & Sorcery, or Like a Haunted Trail. They’re still in progress, in various stages of production, and I plan to have -real- news very soon now. Fear not, my friends. Have faith and patience. Editing is hard, and planning a Kickstarter can be a daunting task. 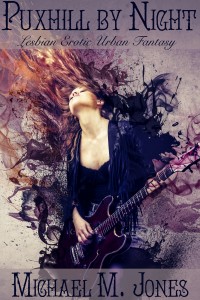 Lastly, I’d like to end this with the promise of FREE STUFF. In honor of Puxhill by Night’s first birthday, I’m launching both an Amazon and a Goodreads giveaway. The Amazon giveaway is for several electronic copies of the book, and can be found here. Enter for a chance to win a copy of the book. The Goodreads giveaway, which starts next week, will run for a month with several autographed print copies available as the reward. I’ll post here again when that goes live. So again, go to this Amazon link for a chance to win an ebook copy of Puxhill by Night, -and- keep your eyes open for the Goodreads giveaway as well!

Oh, and I can tease at a few upcoming things as well. Look for audio versions of “Your Name is Eve” and “Sea of Strangers” coming from Far Fetched Fables at some point in the near future. I’ll announce when they’re available. Also, my story “Home by Halloween” will be appearing in Fitting In: Historical Accounts of Paranormal Subcultures, from Mad Scientist Journal. What happens when a teenage changeling, who lived instead of dying, decides it’s time to return home to a Faerie that abandoned her? Find out soon… I am SO EXCITED about this one.

That’s it for now!