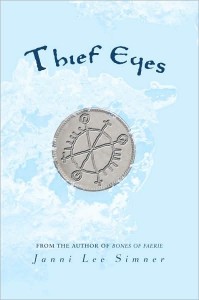 When Haley joins her father on a trip to Iceland, she not-so-secretly hopes she’ll finally discover how and why her mother vanished in the same spot a year before. She’s promptly caught up in a curse that’s wound through her family for generations, originating with the sorceress Hallgerd, a distant ancestor. To break the curse, she embarks on a series of adventures, accompanied by Ari, a local boy with an alarming habit of turning into a bear. She’ll brave ancient magic and forgotten myths as she tries to save herself from the past, but the cost may be more than she can handle. Clever, fast-paced, and steeped in the myth and lore of traditional Icelandic sagas, Thief Eyes is fascinating and different.