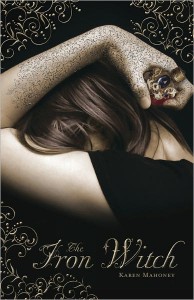 For years, Donna Underwood has lived with tragedy and secrets stemming from a vicious supernatural attack: her father dead, her mother driven insane, her own injuries overcome through the application of bizarre alchemical methods. Now she wears gloves to hide the iron and silver tattoos covering much of her hands and arms, is home-schooled by tutors from the mysterious Order of the Dragon, and reluctantly hides the weirder parts of her life from her best friend, Navin. The hiding comes to an end when the deadly, reclusive wood elves emerge from hiding to stalk and attack her, and the problem escalates when they kidnap Navin in order to force Donna into making a fateful decision. Betray the Order of the Dragon, which has been increasingly shady of late, or lose the only friend she can talk to? Complicating matters is Xan, a half-fey boy to whom she’s increasingly attracted, who might make the difference between success and disaster. While the depiction of the Fae as capricious, destructive outsiders (in a throwback to their earliest manifestations) has become popular of late, Mahoney still brings a fresh new spin to things with her feisty, intriguing protagonist, the undeniable chemistry between her and both Navin and Xan, and the fascinating focus on alchemy and scientific magic. Dark around the edges, but shiny at heart, this is a worthy addition to the YA paranormal shelf. I’m looking forward to seeing more of Donna and her world.