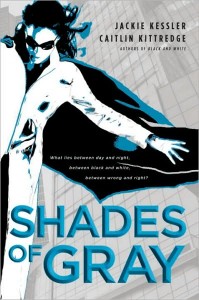 The superhuman revolution has begun. With the disruption of the system that was secretly brainwashing the extrahumans of Corp-Co and turning them into obedient superheroes, the superhumans who once protected the Americas of the future have turned to terrorizing it. Only a mere handful stand ready to defend the innocent and rein in their rebellious brethren. Chief among those valiant defenders are Joan “Jet” Greene and Callie “Iridium” Bradford, once best friends and now bitter enemies, separated by past events and grave philosophical differences. Working with Jet are the few Corp superheroes who still believe in justice and order. Allied with Iridium are a pack of infamous villains … including her own father, a hero turned villain. Maybe a dozen against hundreds, while the cities burn and the people fear for their lives. Worst of all, the sociopathic Doctor Hypnotic is on the loose, ready to turn his mind control abilities loose on an ill-prepared world.

Meanwhile, a generation ago, the fabled heroes of Team Alpha come to prominence, and then one by one suffer tragic fates, their lives and loves and losses setting the tone for the modern day. The parents and mentors of the current generation, their experiences play no small part in the events of today.

Picking up where Black and White left off, Shades of Gray expertly weaves together the threads of past and present to create a generational saga of superheroes and villains, and the all-too-human emotions which rule them. It’s all here: the rise and fall of Team Alpha, the tragic moments which created the stalwart hero Jet and the unyielding villain Iridium, the secret origins of the movers and shakers of an extrahuman world. Complex and intricately-plotted, filled with quiet moments of characterization and loud moments of superhuman battles, this is definitely one of the better attempts to translate the four color action of the comic books into prose form. It’s mature and thoughtful, without sacrificing excitement and ambition.

Kessler and Kittredge make for a hell of a team, their styles meshing flawlessly as they put together this fully-realized futuristic society with its multitude of conflicts both personal and public. The only discordant note would be a series of vignettes inexplicably told in the present tense, featuring characters whose plotline doesn’t quite synch up with the rest of the book until the very end. The tense change, at odds with the style used for the vast majority of the story, is somewhat jarring.

There’s both a real sense of completion at the end of this book, and the potential for continuation; if this is all the two plan to write in this universe, it’s about as solid a story as you can get, but there’s plenty of room to expand on what we’ve already seen. I certainly wouldn’t mind further entries, perhaps focusing on other characters, other times, or other situations. Shades of Gray, when taken together with Black and White, is pretty much an ideal comic book story, and would translate perfectly back into the medium which inspired it. This book gets five capes out of five.