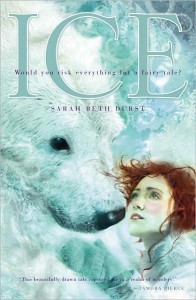 Growing up in an Arctic research station with her father, Cassie can’t imagine living anywhere else. No wonder that, when she turns eighteen and is told it’s time to go off to college, she immediately rejects the idea, preferring to stay where she is. Defying her father, she sets out into the wilderness to track the mythical Polar Bear King. Finding him, she discovers she was promised as his bride years ago, and that her mother isn’t dead, but was stolen by the North Wind. Now, to save her mother, Cassie must accept the impossible and choose a life of magic and strangeness. To her surprise, she falls for the Polar Bear King, only to lose him when she inadvertently breaks a promise. If she wants him back, she’ll have to go on an epic quest over the unforgiving, stark beauty of the Arctic. Durst’s retelling of “East o’ the Sun, West o’the Moon” infuses a classic fairy tale with a mythological spirit and a modern perspective, making this a worthy update to the original.