It’s been a while since I last used this space to deliver an official-like roundup of things I find interesting or important, and I do apologize for being such a slacker. You know how things get, though. One thing leads into another, and soon you’re up to your eyeballs in alligators and cats wearing funny costumes. So let’s get this show on the road.  What do I have to share with you?

UPCOMING CONVENTION APPEARANCE! – That’s right,  I’ll be appearing as a Guest at Mysticon, here in Roanoke, VA. February 21-23, 2014. Come and meet me for real. Get things signed. Tell me why I’m awesome. Tell me why I suck. I’m good either way. It’ll be fun.

NOW ON SALE! – I have two stories in Kristina Wright’s splendid new fiction/non-fiction/self-help/relationship guide, Bedded Bliss, which is aimed at helping folks who are happily married/in a long-term relationship keep things healthy and sexually satisfying. I’m proud to be part of this wonderfully-realized, well-received project. 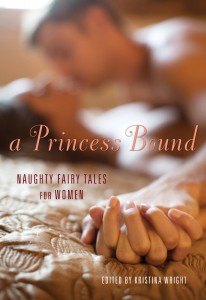 NEW STORY SOLD! – I just signed the contract for “The Witch’s Servant” which will appear in A Princess Bound: Naughty Fairy Tales for Women, again edited by Kristina Wright, to be published by Cleis Press, out in June 2014. Yeah, Kristina’s one of the true visionaries, appreciating my work and all that. I’m nominating her for sainthood.

NEW INTERVIEWS ONLINE! – I’ve done several interviews lately for Publishers Weekly (aka “Those people who keep giving me money to read books for a living!”) and you can find them over on the PW site.   The first is with Robert Hofler, who wrote Sexplosion: How a Generation of Pop Culture Rebels Broke All the Taboos and it was fun to talk with him about the boundary pushing cinema and theatre of the late ’60s. The second is with Julie Cannon, a writer of lesbian romances, and we talk about her upcoming release, Smoke and Fire, in which two women involved in the dangerous business of oil well blowout suppression find each other and overcome their respective issues.  Both of these books will be available in the near future so put them on your wishlist now!

NEW REVIEWS ONLINE! – Sadly, not so many new ones to report here at the moment. But that’ll pick up again as the winds change. But for Tor.com, I have covered Tumble & Fall by Alexandra Coutts, My Totally Awkward Supernatural Crush by Laura Toffler-Corrie, When the World was Flat (and We Were in Love) by Ingrid Jonach, Conjured by Sarah Beth Durst, and Happy Hour in Hell by Tad Williams.  I promise I’ll have more reviews I can talk about soon. Cat at Green Man Review sent me the revised and updated Third Edition of the Christmas Encyclopedia, Alma Alexander sent me her fascinating recent release, Midnight at Spanish Gardens, and Mike Allen sent me a copy of his bizarre new book, The Black Fire Concerto. I’ll have links to those reviews in the very near future, and more.

PERFECT CHRISTMAS GIFTS! – Shameless promotion time! Remember, you can always pick up a copy or three of Scheherazade’s Facade: Fantastical Tales of Gender Bending, Cross-Dressing, and Transformation, for the fantasy readers on your gift-giving list. Or perhaps you’d like the beautifully perverted Geek Love, still available in hardcover.

That’s all for now, folks. I promise to be back soon with more news and holiday cheer. And by holiday cheer, I mean amaretto-spiked hot cocoa.