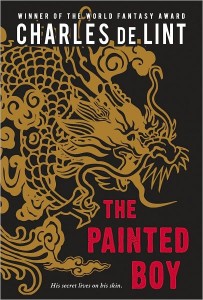 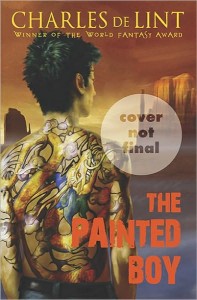 When the enigmatic James Li comes to the Arizona town of Santo del Vado Viejo, he finds new friends, and new enemies. One of the Yellow Dragon Clan, he’s in the process of embracing his true nature and destiny. To do that, he’ll need to find his own limits while battling the drug dealers and gangbangers terrorizing the town, as well as winning over the locals and resident spirits. It all comes down to an epic clash of magic, emotion and music, in de Lint’s uniquely addictive style. Rich language, lush descriptions, complex situations and the intricate blending of mythologies and beliefs demonstrate why de Lint is still considered a master of the genre. It rarely gets better than this.