This Saturday the 13th of May, I attended the first ever PotterFest here in Roanoke, a massive celebration of all things Harry Potter. Wearing my hats as a book reviewer and student of childrens’ literature, I gave a presentation on “The Hogwarts Library.” Amanda Cockrell, head of the Hollins University Childrens’ Literature Program, joined me to discuss the mythological underpinnings of Harry Potter, and the literary inspirations, and books worth checking out if you’re a Potter fan. For the sake of common interest and spreading the knowledge, I thought I’d reproduce my half of the presentation here. Mind you, it’s not fancy, and it’s not nearly as thorough as I’d have liked, but we only had so much time, and we didn’t know exactly what sort of audience we should expect or prepare for. Also, these are sort of the bare bones from which I improvised and extemporized as needed, so it’s lacking some of the details I added in the actual talk. Still, enjoy!

In the second part, I recommended a number of books and series which have come out in recent years, as things Potter fans might enjoy, or which I felt needed attention.

Recent Releases and Helpful Recommendations (in no particular order)

In the wake of Harry Potter, the childrens’ literature field has exploded into a truly wild and wondrous place. While Harry can’t get all the credit for the vast wealth of magic and adventure we now enjoy, he’s certainly left his mark. These following books and series share the same sort of wonder, excitement, action, mystery, and joy, and are well worth exploring by readers, young and old alike. 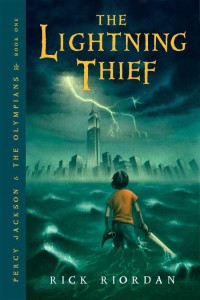 In this immensely popular series, which has also seen several movie adaptations, Percy Jackson discovers that he’s the son of the Greek god Poseidon, and, after meeting numerous other demigods at Camp Half-Blood, embarks on many adventures. Subsequent books and series have brought in the Roman, Egyptian, and Norse gods, while his most recent series focuses on Apollo trapped in the form of a teenage boy.

In this historical fantasy set in the Caribbean, a boy in service to the feared Pirate King has to pose as a long-lost prince in order to discover a legendary lost island and plunder its riches. But as he tackles the challenges which will supposedly prove his identity, he dreams of escaping his master and seeking freedom instead. 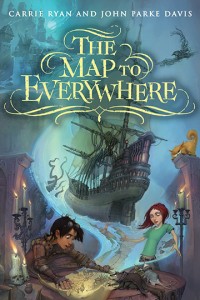 A girl from modern-day Arizona teams up with a thief who can’t be remembered, journeying from one world to the next aboard a pirate ship in search of a map which could take them home… or destroy all of creation. Fun and fantastic, it’s the start of a great series. 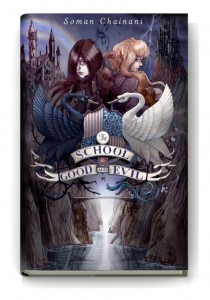 4) The School for Good and Evil by Soman Chainani

This series follows several girls as they’re sent to schools which will prepare them for fairy tale lives, but they soon discover that good and evil are not necessarily black and white issues. Will these best friends become sworn enemies, or will they carve out their own happily ever after, despite their apparently inescapable destinies?

In this world inspired by the Italian Rennaissance, artists and creative types have been outlawed, due to their magical connection to powerful birdlike creatures called Geniuses. But when one teen discovers his own Genius, he joins a secret society trying to save the world from those who would misuse long-lost artifacts. This is by the co-creator of Avatar: the Last Airbender, and also features some great art.

In this alternate version of New York, fantastic architecture and bizarre technology make this a city where anything can happen. In order to save their apartment building from destruction, a group of kids set out to solve a centuries-old riddle which supposedly leads to a fabulous treasure. Action and mystery abound! This book comes out on Tuesday, so be sure to grab it as soon as it’s on sale.

Imagine the famous Egyptian King Tut… as an immortal 12-year-old, unable to escape the torture of middle school. With evil cultists, a power-hungry god, and other problems to deal with, he may not have to worry about never reaching high school. 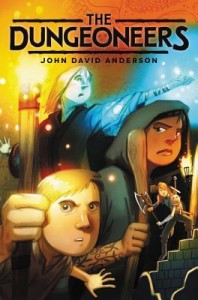 8) The Dungeoneers by John David Anderson

In this brilliant homage to fantasy and gaming tropes, a young thief-er, rogue—is accepted into a school which prepares the next generation of dungeon-crawling adventurers for a life of monster-slaying, trap-solving, and treasure-hunting. But is he destined for fame and fortune, or a horrible demise before he ever loots his first chest? 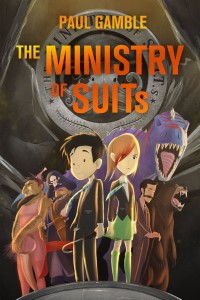 9) The Ministry of Suits by Paul Gamble

In this tongue-in-cheek adventure, an Irish teen is inducted into a mysterious organization which investigates and deals with the strange, unusual, and impossible. Part handbook, all action, it’s a humor-filled romp through a world filled with danger and excitement. 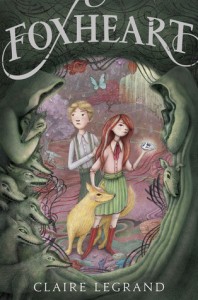 In this fantasy, a 12-year-old thief capable of performing forbidden magic escapes her orphanage just before it’s destroyed, pursued by the mysterious Wolf King. But when she’s catapulted into the past along with her dog and best friend, she’s given the opportunity to save the kingdom.

These books are just the tip of the iceberg, but hopefully they’ll give you all something to read, and maybe you’ll discover a new favorite along the way…