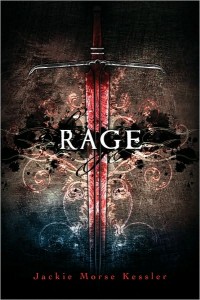 Filled with anger, obsessed with maintaining control, Melissa Miller cuts herself for a multitude of reasons. The object of scorn and derision and targeted by bullies, she’s the butt of a vicious prank which tips her over the edge, prompting her to accept the role of War, one of the Horsemen of the Apocalypse. Now the embodiment of human aggression, she struggles to understand her new role even as she tries to balance out her normal life. If she can’t cope with her own feelings, the human race will suffer. Like Hunger before it, Rage tackles a vital teen issue with delicacy and intelligence without preaching. Raw, visceral, pulling no punches, this story strikes home like a razor blade. It’s unforgettable, heart wrenching, and enlightening.