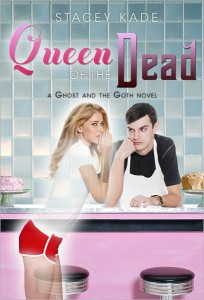 Will is a Goth who sees ghosts. Alona is a cheerleader who met an early demise. They’ve forged an awkward relationship built on opposites attracting and cooperation, which serves them well as they help other ghosts gain closure. But now there’s a new girl mucking things up, and she introduces Will to an entire society of ghost whisperers. While they provide him with insight into his abilities, they don’t seem all that altruistic. Meanwhile, Alona becomes trapped in the body of a comatose friend, a fate worse than death. It’s time for them both to figure out what they really want. This charming romantic comedy has surprising depths, and plenty of soul.