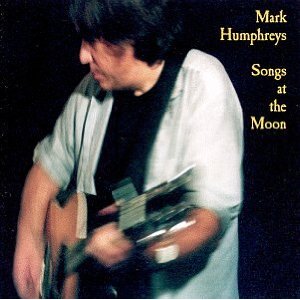 Right from the start, Humphreys draws in the listener and kicks this album into high gear with a lively, spirited effort that refuses to let up easily.

One of the good things about this album is that Mark Humphreys is backed up by a competent and rather talented group of people, and their accompaniment enhances his vocal talents considerably. Humphreys’ talents clearly lie in his song-writing, vocal, and guitar skills, the same skills which have served him well for the better part of two decades in the music industry, both on his own, and as part of the Los Angeles rock band, Motel Six (which broke up in 1986 for personal reasons.)

For this release, his fourth solo album, Humphreys gathered some old friends, and sat down to make some music in the form of a house concert. We’re treated to the talented stylings of Randy Wolchek on piano, Albe Bonacci on drums and percussion, Tim Cupps on the bass guitar, Andrew Lorand on assorted guitars and bouzouki (ten points to anyone who can identify one of those!) and John-Michael Kaye on vocals and lead and rhythm acoustic guitars.

These are good musicians, and they work well together, clearly blending as a whole. As a result, the music benefits from their unity, as it does from the energy and enthusiasm of the live audience in front of which this album was recorded. This isn’t one of those projects that takes place in a studio vacuum. This is live, energetic, and fueled by the reactions of the audience. There are points when you can almost feel the fire burning and know that these people had fun. And that fact alone more than makes up for any failings or the lack of technical excellence one might find buried between the songs.

I’ll be blunt. This is really good stuff. Humphrey’s songs range from the lively (“Amazing Days”) and the strangely familiar (“Michael”), to the touchingly romantic (“The Easiest Thing”). The energy is strong, the tunes catchy and toe-tapping. Assorted guitars, drums, piano, and vocals all blend into one talented whole, producing what was, to me, a very pleasant collection.

If I have any complaint, it’s that the first third of the album, mostly made up of more lively songs with romantic overtones, gives way to more slow-paced, mellow ballads. Is this a bad thing? Not in the least. It’s only my personal tastes that object to the style. However, after several songs of a quieter, slower bent, the energy levels slowly increase, until we’re once again tapping our toes and going with the flow. The last song, entitled “Rainbow,” is as powerful and energetic as anything and provides a perfect ending to the album.

Songs at the Moon is described as a spiritual bridge between phases of Mark Humphrey’s life, between the person he was once and and the person he is now. These spiritual — and sentimental — themes are evident throughout the album, especially in songs such as “Lord We Shall Remember,” and the afore-mentioned “Michael” which is an adaptation of “Michael Row the Boat Ashore.”

Overall, this album comes across as a touching, caring collection, and it’s obvious that Humphreys and his friends work well together. They say they had a blast recording it, and I had a blast listening to it. While undoubtedly this won’t be to everyone’s tastes, it did manage to win over this previously-ignorant reviewer. If you’re feeling adventurous or in the mood for something new and pleasant, this one is definitely worth taking a gamble on.

For those interested in more about the artist and his personal history, not to mention ordering info and tour dates, you only have to look as far as his Web site.