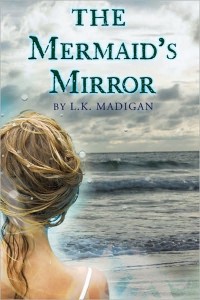 Lena has always felt an inexplicable tie to the ocean, and it’s grown stronger of late, as if calling her. On the verge of turning sixteen, she’s determined to finally learn how to surf, despite her father’s unyielding objections. But even as she takes to the water, she discovers the truth about her mother, who supposedly died in the ocean years ago: she was a mermaid. Given a chance to embrace her long-hidden heritage, Lena leaps at it, but will her new family and the mysteries of the deep seduce her away from the life she’s always known? Lyrical, romantic, and captivating, this aquatic coming-of-age tale makes for a fun, satisfying read.