This Saturday the 13th of May, I attended the first ever PotterFest here in Roanoke, a massive celebration of all things Harry Potter. Wearing my hats as a book reviewer and student of childrens’ literature, I gave a presentation on “The Hogwarts Library.” Amanda Cockrell, head of the Hollins University Childrens’ Literature Program, joined me to discuss the mythological underpinnings of Harry Potter, and the literary inspirations, and books worth checking out if you’re a Potter fan. For the sake of common interest and spreading the knowledge, I thought I’d reproduce my half of the presentation here. Mind you, it’s not fancy, and it’s not nearly as thorough as I’d have liked, but we only had so much time, and we didn’t know exactly what sort of audience we should expect or prepare for. Also, these are sort of the bare bones from which I improvised and extemporized as needed, so it’s lacking some of the details I added in the actual talk. Still, enjoy!

In the first part, I tackle Harry’s precursors and literary cousins.

The Harry Potter series didn’t emerge from a vacuum; it’s a synthesis of familiar and original elements, fused together to create a story which feels both timeless and fresh. Rowling drew from innumerable sources for her inspiration, both consciously and unconsciously. Her work is, moreover, the product of growing up in a specific place at a specific time. Her influences are quintessentially British, mid-to-late 20th Century, and eclectic. Trying to name all of them would take all day, but I’ve taken the liberty of collecting several of the most obvious inspirations, as well as other books which existed in the same veins as Harry Potter before or during its original publication, books to which Potter has been compared favorably, or which share its core aspects. 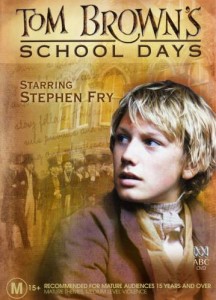 This is where the entire subgenre of English boarding school stories started, with this Victorian-era drama about an 11-year-old boy who goes off to school and comes of age while having numerous adventures. It basically lays the seeds for Hogwarts and Harry’s own journey. 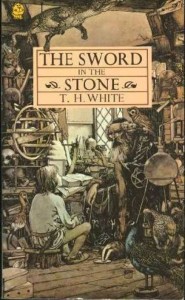 One of the essential books on British lore and myth, this tells the story of young King Arthur; in it, you’ll find an orphan, an owl, and an old, absent-minded magician, among other things. Young Arthur, or Wart, is supposedly “Harry’s spiritual ancestor.” Also known for its animated Disney adaptation. 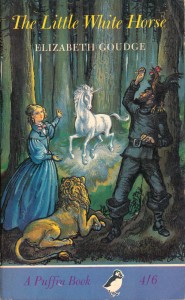 Rowling has claimed that this book, about an orphaned girl sent to live with her guardian in the West Country of England, where she encounters a unicorn, was one of her major influences. It’s part of why there’s such a huge focus on, and descriptions of, food in her series. 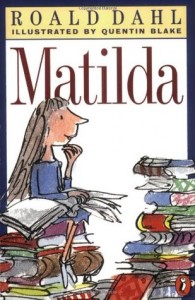 An orphan discovers amazing magical powers while living with horrible family members. While there’s not a significant comparison to be found here, Roald Dahl’s stories certainly borrow from the same well of wonder and whimsy. 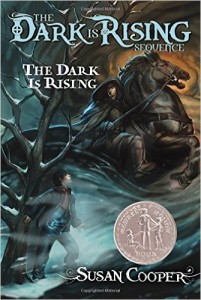 5) The Dark is Rising by Susan Cooper

Another classic of British children’s literature, this 5 book series draws deeply from myth and folklore. The second book, The Dark is Rising features an 11-year-old boy who comes into great power while being mentored by the figure once known as Merlin. The heroes battle evil throughout the British Isles, across time and space, and encounter all sorts of legendary heroes and artifacts. Again, this is basically an older cousin to the Potter series, stemming from the same cultural subconscious. 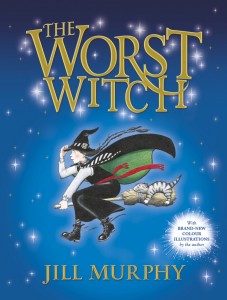 6) The Worst Witch by Jill Murphy

A young witch deals with bullies, stern teachers, and magic, while attending a boarding school for witches. Despite similarities to Harry Potter, this series started in 1974, with seven books as of 2013, and there’s no indication that Rowling was specifically influenced by it. It’s also inspired several television series, and enjoys significant popularity. 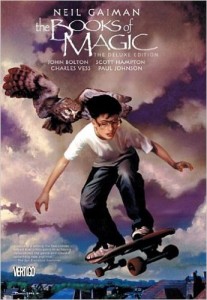 7) The Books of Magic by Neil Gaiman and John Bolton

In this graphic novel collection, published by DC Comics, a teenage boy is taken on a grand tour of magical realms and concepts by a quartet of mysterious figures, in order to prepare him for his own destiny as an immensely powerful sorcerer. While it later inspired several ongoing series, the original story hews the closest to the same archetypes Harry embodies, as acknowledged by author Neil Gaiman… again drawing from T.H. White’s earlier work. 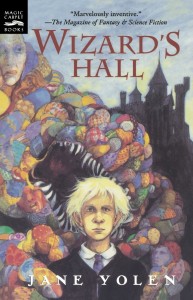 A 1991 fantasy about a boy named Henry who attends a school for wizards, where he has to fulfill a prophecy and battle an evil wizard. Any similarities are thought to be simply coincidental, and Yolen has expressed a mild dislike for Harry Potter and Rowling’s writing style. Still, an extremely fun book.

9) So You Want to be a Wizard by Diane Duane

This long-running series, now up to ten books, mixes science fiction and fantasy to tell episodes in an ambitious, universe-spanning conflict between good and evil, life and death. In the first book, a girl discovers her wizard’s manual in a library, and along with her wizard partner-to-be, undergoes a trial in a nightmarish version of New York City as part of her initiation. This series tends to raise complex philosophical and moral questions as the heroes wrestle with vital decisions while saving reality. 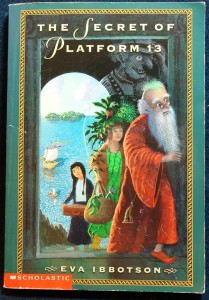 10) The Secret of Platform 13 by Eva Ibbotson

An orphan is raised in the real world, but is introduced to a magical world by passing through a portal in King’s Cross Station—but not platform 9 ¾, obviously. Ibbotson has gone on record as saying that she’d love to shake Rowling’s hand, and that they all borrow from each other as writers.

There you go: a tiny sampling of books which inspired Rowling, and books which come from the same cultural, social, and mythological sources… Harry’s extended literary family, if you would, from the great-grandparents to the distant cousins.