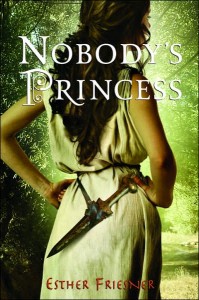 Helen, Princess of Troy, may be beautiful, but she is fiercely determined to forge her own path, as an independent, strong woman, regardless of what anyone else says. Unfortunately, as a child, barely even a teen, she has to get creative, and stay focused on her goals. Secretly, she learns swordplay and defense alongside her brothers, and later studies riding under the legendary huntress Atalanta, before finding her way to the Oracle of Delphi, where she discovers what her future might indeed hold. In Friesner’s brilliant re-imagining of one of mythology’s most underrated women, Helen gets a chance to shine as a feisty, creative, strong-willed young woman who’ll do whatever it takes to be free, no matter how it defies expectations.