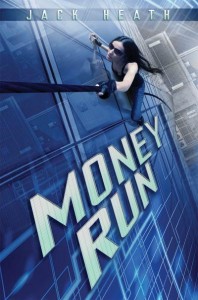 Ashley Arthur is calm, cool, and collected. She can pick locks, steal cars, rewire alarms, and scale fences like a champion. She’s one of the best thieves in the world…and she’s only fifteen. With her partner Benjamin running tech support and remote backup, Ash is ready to tackle any challenge.  But now the pair have set their sights on one of the richest targets alive. They have solid information that Hammond Buckland, billionaire CEO of HBS, has a whopping $200,000,000 hidden somewhere in his corporate headquarters.

And they’re going to steal it.

However, the job goes horribly awry when Michael Peachey, reportedly the third best hitman in the business, shows up to terminate Buckland on secret orders from the government. Now the teenage thief is trapped in the same building as a ruthless assassin. Ash isn’t leaving without the money. Peachey’s not leaving any witnesses alive.

Things rapidly snowball out of control. Buckland’s had time to prepare for his potential assassination, and soon he has Peachey jumping through hoops of his own, one step ahead of the killer. But the three way struggle attracts the attention of both the police and the Terrorism Risk Assessment agency, and soon Ash is running from killers and the law.  Will she get her payday, or is this job doomed to failure? 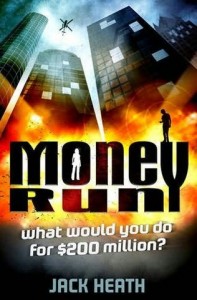 Money Run is an absurdly entertaining, over-the-top, adventure that may be just a little too hard to swallow if taken seriously. Heath is adept at putting his characters into adrenaline-charged, life-and-death situations, constantly upping the stakes and the action appeal. By the time Ash has “borrowed” a Bugatti Veyron, one of the world’s most exclusive and expensive cars, and driven it off the top of the building only to crash it into the apartment building next door, you know this is no run-of-the-mill romp.  And believe me, that’s not even the most outrageous stunt to grace these pages.

Ash is a great protagonist, a skilled thief who does it for the kicks rather than the loot, adept at thinking on the fly and making her lunatic plans somehow work. I’d love to see a situation where she ran into Ally Carter’s tband of teenage grifters and thieves from Heist Society.

However, I’m not sure what to think about some of the other characters. Hammond Buckland would make a perfect supervillain: his elaborate plans, Wile E. Coyote deathtraps, penchant for monologuing, and ability to remain one step ahead of everyone place him somewhere between Lex Luthor and Ernst Blofeld on the level of accomplishment, and yet he remains vaguely sympathetic.  Peachey, on the other hand, is introduced as a competent, skilled, experienced assassin with the quirky habit of internally narrating his story like he’s going to sell it to the movies. But for someone so good as his job, he’s…not very good. Ash runs rings around him, and Buckland treats him like Bugs treats Yosemite Sam or Elmer Fudd.  It’s almost sad, watching this guy so completely off his game. 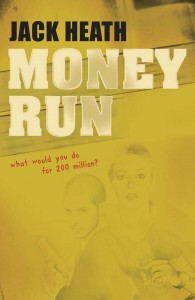 An interesting quirk of the book is that it seems to go out of its way to be set in a specific location. It was originally released in 2008 in Heath’s native Australia, but honestly, this book could take place in Australia, America, or possibly Canada. Currency is given in dollars, but the TRA is, as far as I can tell, entirely fictitious. There’s references to “this state” and “this country” without trying very hard to ground the story in a real location.

Now, Heath has already gone on record addressing the similarities between this book and the 2011 movie, Tower Heist. (Spoilers of a sort to be found at that link). All I can say is that while there are definitely parallels, I’m pretty sure it’s mostly just coincidental. Your mileage may vary.

In the end, I’d definitely say I enjoyed this story. Sure, it’s almost ludicrously over-the-top at points, with the initial heist turned into something approaching slapstick levels of comedy, coincidence, bad timing and Rule of Cool, but it’s no harder to accept than, say, Catch That Kid! If you want a fast-paced romp that reads like a mashup of Heist Society and Die Hard, a teen adventure with a cinematic feel, this is a worthy offering.